By Patricia Crowley, 3 years ago 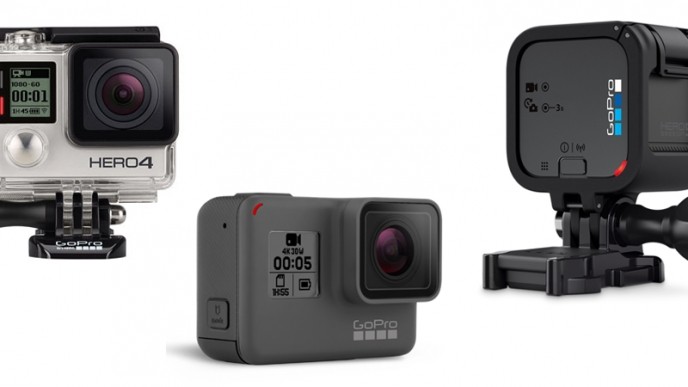 Looking for the best Black Friday 2017 deals? You're in the right place. GoPro Cameras have been topping Christmas lists since they hit the shelves and with the release of the GoPro HERO6, this year will be no different, expect hot GoPro Black Friday deals but don't expect them to last!

With multiple models and price points, there's a GoPro to fit your needs. Whether you're buying for an action packed adrenaline junkie, a dare devil teen or a PTA mom- you'll find the best deal on GoPro Cameras, right here! Check back often as we'll roundup all the best GoPro deals this year.

Here are the best GoPro Black Friday deals for 2017. So if someone on your list has been super good, then check out the links below for this holiday season's best deals on GoPro!

The GoPro Hero 5 is one of the best reviewed GoPro's and what better time to grab it then with the 6 just coming out. Many retailers will have awesome Hero 5 Black Friday deals and we'll share them below:

We'll also be rounding up the best GoPro Hero 4 Black Friday deals as they are still the most popular GoPro's on the market. Here's some the best deals available:

GoPro Hero 3 Black Friday Deals are a safe bet for scoring a killer deal on a GoPro this year. They'll be marked down significantly and be the best price you can grab one all year:

If you're looking for something smaller (and cheaper) to grab a GoPro Black Friday deal on, consider the GoPro Hero Session. There will be markdowns on these come Black Friday:

If you've been wanting one of those awesome Karma Drones on Black Friday, check out some of these bargains we'll be rounding up below:

We expect the hottest GoPro Black Friday 2017 deals to be at some of the major retailers like Target, Walmart and Amazon but also consider GoPro Certified Refurbished deals as they are like new and from GoPro direct but at a fraction of the cost.