Nerf Zombie Strike Blasters Are Only $10 Today On Amazon

Grab this Zombie Blaster while it's half off...
By Patricia Crowley, 1 year ago 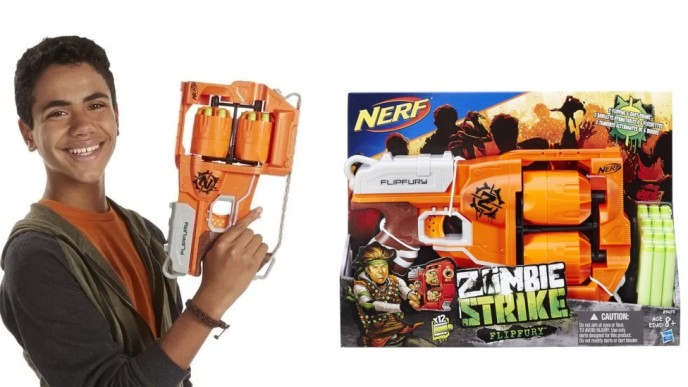 The Zombie Apocalypse is coming! Prepare yourself by hopping over to Amazon and grabbing one of these Nerf Zombie Strike Blasters that are half off today and an amazing $9.97 while they last.

Defend humanity like a true zombie hunter with these awesome Nerf Zombie Strike Blasters we've spotted over on Amazon that is totally awesome. Each rotating drum holds 6 exclusive Zombie Strike darts and fire a total of 12 darts before having to reload to beat the zombie horde coming your way!

You will be bringing your next Nerf battle to a ghoulish new level with these seriously awesome Zombie themed blasters, what's great is they're half off today so you can grab a bunch for the next zombie Nerf war. The zombie blasters shoot far and straight and reloading is quick and easy, the perfect Nerf gun for your next battle.

Included you'll find the blaster and 12 zombie strike darts and there's also frustration-free packaging at the same deal which is always a plus for those who don't want the hassle of zip ties and wires!

As always Amazon prices are known to fluctuate so you will want to grab this deal while it's half off, go here for a FREE 30 day trial of Amazon Prime if you want to get FREE two day shipping on these awesome Nerf blasters!