To celebrate the 25th anniversary of Friends, you can now order Central Perk coffee online!
By Patricia Crowley, 1 year ago 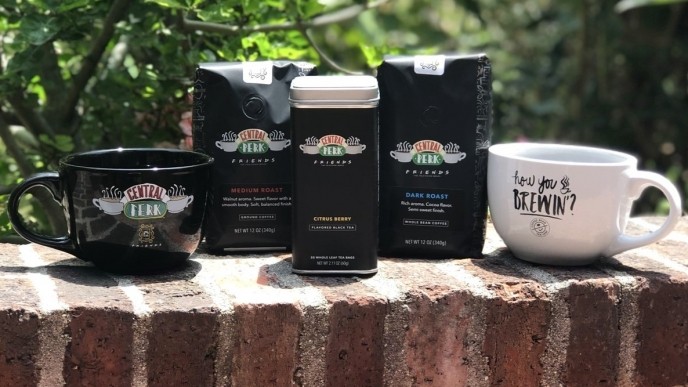 It's been 25 years since Ross, Rachel, Joey, Chandler, Monica & Phoebe came into our living rooms.

And to celebrate the 25 year anniversary, Warner Bros has teamed up with The Coffee Bean and launched an entire line of Central Perk coffee that you can buy online and drink from the comfort of your home.

The Central Perk line includes a medium roast and a whole bean dark roast and you can get them for just $10.99 each, and they even have a citrus berry black tea for tea drinks that's $10.99 as well.

These are also expected to get released in-stores soon as the anniversary is coming up, the show first aired September 22nd, 1994 and as we get news of which retailers will carry them, we'll keep you posted.

The Coffee bean has also released six signature drinks with the personality of each friends character so you'll be able order your favorite Friends characters drinks when you visit The Coffee Bean!

You can grab one of these when you visit any Coffee Bean store near you until August 27th.

Oh and one more thing, they also launched a Friends 'Which Character Said It' Quiz so you can test your knowledge of Friends and prove your super fan status.

While this doesn't completely make up for Netflix losing Friends this year, it'll hold us over for now.