Where To Buy What's That Smell Game In The US 2018

By Patricia Crowley, 2 years ago 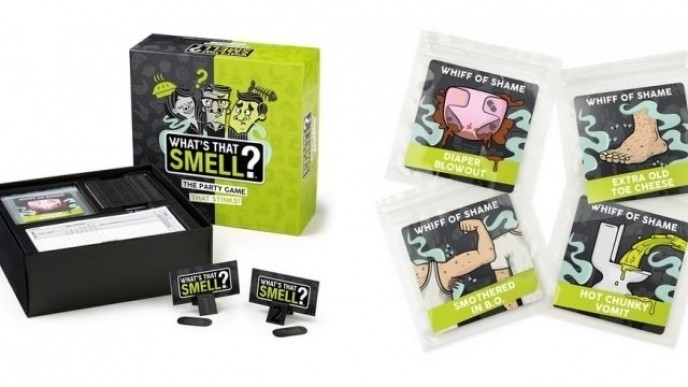 Oh gosh, the newest gross game is here and we're predicting the kids (or grown ups!) are going to love playing it this holiday season.

Ever year gross board games sell out fast so we'll be keeping track of where to buy the new 'What's That Smell Game' so you can get your hands on it before it sells out.

The What's That Smell? Game is one of those hilarious games you'll want to play with the whole family when you get together, it's expected to be a bestseller this Christmas.

Here's a handy guide for keeping track of stock levels, where to buy and also where you can't buy it right now as it hasn't been released everywhere and sold out on Amazon already.

Out of Stock / Higher RRP

What Is The 'What's That Smell?' Game

Each year we see new hilarious (and also gross) board games go viral.

In 2018, we're expecting the What's That Smell Game to be one of those.

The game is rather simple too, it's a new game where you actually smell scents to beat your opponent. Guess the smells incorrectly and you'll suffer the consequences of the Whiff of Shame, which, as you can probably guess, is just the grossest smells you can imagine.

The player with the most points at the end of the game can decide who smells one of the grossest cards: Extra Old Toe Cheese, Diaper Blowout, Hot Chunky Vomit, or Smothered in B.O.

This is like the jellybean game of 2018 as far as were concerned, and no we won't be playing but we know a bunch of kids that will be!