By Steph Rader, 4 years ago 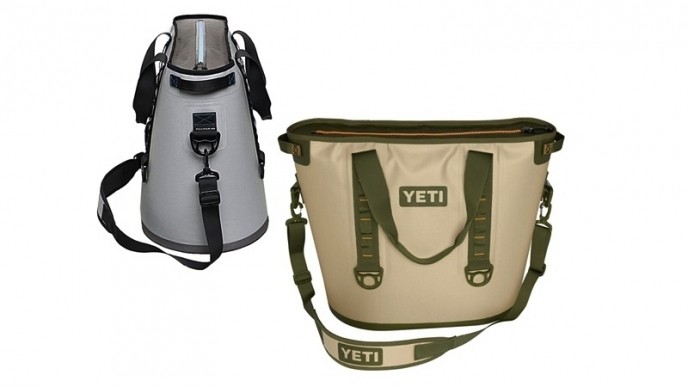 I don't know that i've seen these coolers priced below $200. Like, ever. This is one of those deals that almost sounds too good to be true. But I assure you, it's for real (and probably won't last long either)!

The YETI Hopper Cooler comes in your choice of Fog Gray / Tahoe Blue or Field Tan / Blaze Orange and delivers a cooler ability like nothing else you've ever seen before. It's no wonder these have quickly become a favorite by so many!

The Hopper 30 holds 24 cans with a 2:1 ice to can ratio or 30 pounds of ice only. The Hopper 40 holds 36 cans of the same ratio or 40 pounds of just ice. These soft coolers are made to withstand anything without leaking or letting you down too.